We love nothing more than to welcome our guests and share our passion for wine, but due to the ongoing and evolving health situation, we are following the guidance of California State health officials, and our tasting rooms and lounges will be closed to the public until further notice. Thank you for your understanding and continued loyalty and friendship. We wish everyone health and safety and look forward to enjoying a glass together again very soon.

The family-owned Turul Winery spans over 555 acres of vineyards, most of them organically certified, in the Yountville and Oakville appellations.

The business was started in 1931 by the Hungarian immigrant Laszlo Turul. For both his heirs and the current employees of the company, wine making is a labor of love. They are living the old addage “when you choose a job you love, you will never have to work a day in your life.” Turul Winery has always been a niche player specializing in a unique California variation of the famous Hungarian Tokaj, a sweet dessert wine, once called Turul after the family surname. It is now distributed under the name Quintessential. 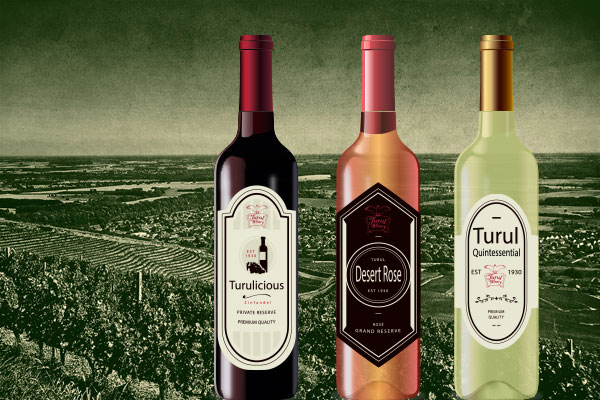 What we believe in

The Turul family has been farming the same vineyards for three generations, a point of pride for us and the reason I take stewardship of the land so seriously. We constantly keep in mind that we’ve got to do the right things for future generations.

The primary goal of Turul Winery is to offer the highest-quality products and service to our visitors and customers.

Turul Winery is committed to sustainability and continues to innovate in protecting the environment while producing our wines. Turul was among the first wineries to formally adopt a natural farming approach, growing grapes without the use of chemicals in most of its vineyards. To reduce fungus and mildew, the Winery uses selective leaf and shoot removal. Cover crops like oats, mustard, peas, and vetch are planted between rows to naturally inhibit soil erosion, reduce dust, restore nutrients, and encourage microbiological activity. Even grape skins and stems are composted after harvest and added back to the soil, replenishing nitrogen and potassium and increasing microbiological activity. The Winery is joining the larger environmentally-friendly community, and is currently applying for admission to the elite California Certified Organic Farmers organization.

Everyone on our team believes that good wine, together with good food, should be savored. Nutrition, balanced diet, and healthy ingredients for a healthy life are common topics of discussion, but less common is an appreciation for pure, delicious culinary art that satisfies both body and soul. For us, every glass of wine reflects the high standard set by the Turul ancestors. We aim not merely to encourage people to drink more wine, but rather to enrich all our guests' and customers' lives with supreme wines.

The roots of our tradition

Although it is unknown exactly when the Turul family began their wine-making tradition in Tokaj-hegyalja, Hungary, we can be sure that the tradition dates back a long time. Historical records demonstrate that the vineyards had been established in the Tokaj region as early as the 12th century, and the Turul name was already mentioned in 16th-century documents describing the region’s vineyards.

However rich the history of a family and its winery may be, times change, and Turul’s traditions evolved with modern dreams of a new life. Laszlo (Leslie) Turul, who came from a long line of skilled winemakers, chose to break with tradition and move away from Hungary to the U.S. in the 1920s. Like so many, he was pursuing a new life and hoping to live the American Dream—but he couldn't escape the family legacy of winemaking.

In 1936, Laszlo purchased his first small piece of land near Oakville, California, what is today the Old Ranch Vineyard. It resembled the Tokaj region both in climate and soil. Initially, one tiny 20 by 34-foot cellar was the only building on the plot. Then the operation began to expand: in 1950 the original cellar was renovated and a new 3,750 square-foot building was constructed nearby to support large-scale production of generic wines. By 1979, a new welcome center had been erected, and later in the1980s, production increased and doubled the size of the Turul portfolio.

The first public tour was given at the Winery in 1984, an up-close, inside look at how grapes are grown, how the wine is crafted, and how to truly see, taste, and feel wine. A variety of Winery events have been happening ever since, and new construction and renovations are always designed in harmony with the Turul family's vision of a year-round destination not only for wine connoisseurs, but for anyone who simply wants to enjoy themselves and make memories in this beautiful setting.

Get to know our experts 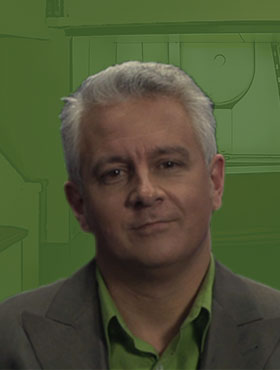 Alex has received many awards for his hard work. Following nominations in 1995 and 1996, he was named "Winemaker of the Year" in 2007 by the prestigious Paramount Wine Magazine. This award was swiftly followed in the same year by the John Rado Award for Alex’s contribution to the development and promotion of Muscat. Moreover, in 2005 he received acknowledgement from the International Wine & Spirit Competition (IWSC) as winner of the 2005 Tradition & Taste Prize. Since he served as a judge at the Californian Wine Show in 1992, he has been heavily involved in judging at a variety of U.S. and International Wine Shows. 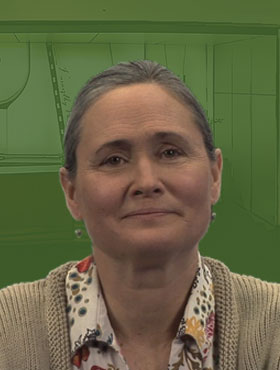 When you visit the Winery you'll meet Ellen McMason, the tasting room manager and unofficial "driving force of Napa Valley." With her 30-year experience in the sommelier & culinary arts, she is the host of major Valley events, makes regular appearances on California TV/radio shows as a wine educator, and serves as our go-to facilitator for introductory classes and professional seminars on wine. 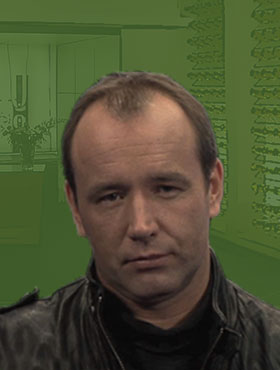 Would you like to invite your colleagues and friends for a special visit to Turul Winery? Can you imagine a winery event specially designed according to your vision and timetable? Joe Saileri guarantees a flawless experience for such events throughout the year. Joe's expertise as event manager is best reflected in the annual Napa Wine Party, a 5-day festival featuring 28 wineries, more than 50 concert performers, and sports and lifestyle shows. This event has gained prominence and popularity nationwide in the past few years. 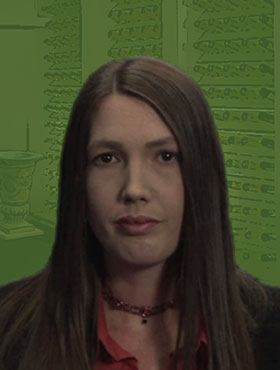 If you are interested in ordering Turul wine, Rebecca Saber is at your service. Do you have special requirements for quantity or label design? Rebecca's comprehensive knowledge of our complete portfolio guarantees that you, your friends, and your customers will establish a long-lasting and rewarding relationship with Turul wines.

Do you want to explore our facilities? Take a virtual tour! 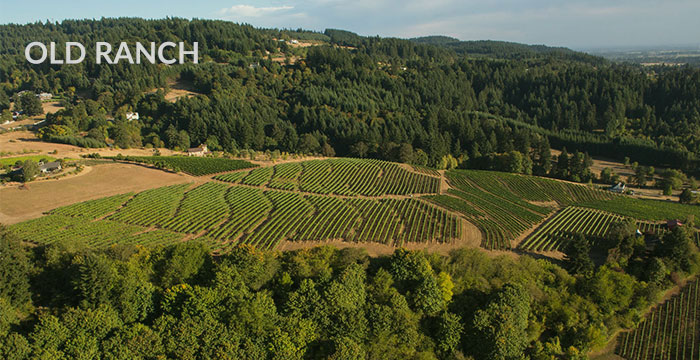 Located in the cool southern region of Napa Valley, this vineyard with shallow, gravelly soil and low fertility produces our subtle white wines with full, rich flavors and excellent structure. 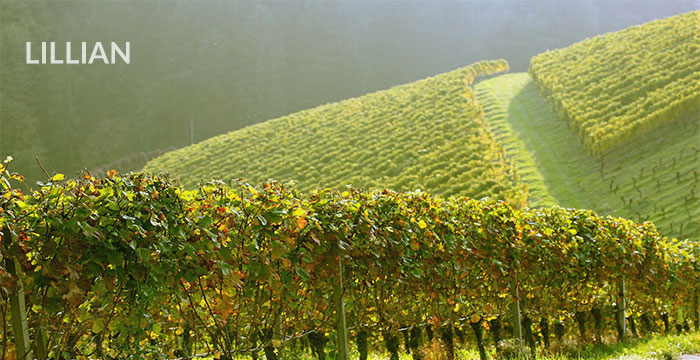 The well-drained soil of this 45-acre vineyard, located in the warmer, mid-valley region of Napa Valley, produces beautifully ripe fruit for Pinot Grigio, Syrah, and Zinfandel. 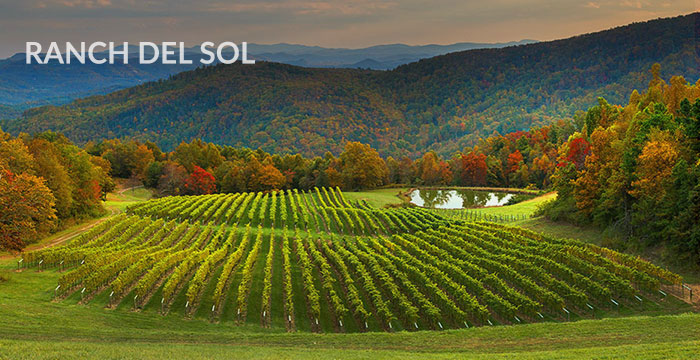 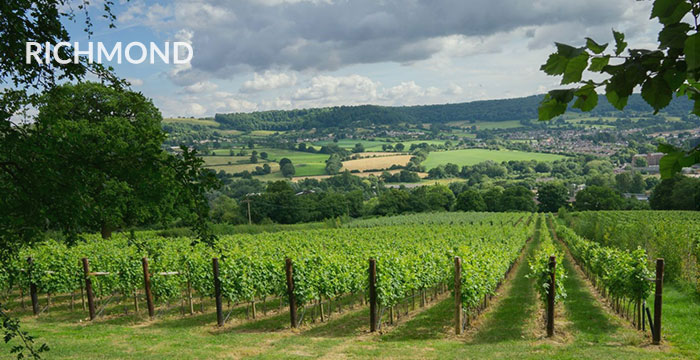 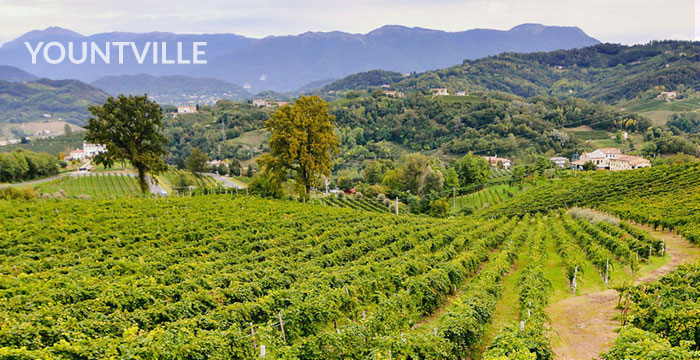 This mid-sized, 86-acre vineyard sits in the Yountville appellation of the southern Napa Valley. Its cooler temperatures and shallow, clay-loam soils produce Chardonnay with full, rich flavors and excellent structure. 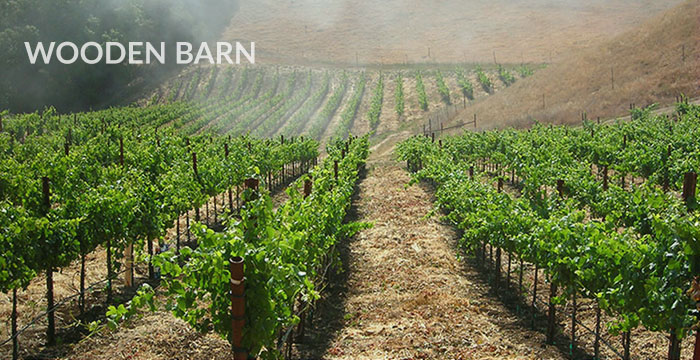 Wooden Barn Vineyard in the Oakville appellation is named for rock cairns left by Native Americans who traveled through the hills of Yountville. Cabernet Sauvignon primarily occupies this vineyard’s priceless 62 acres. 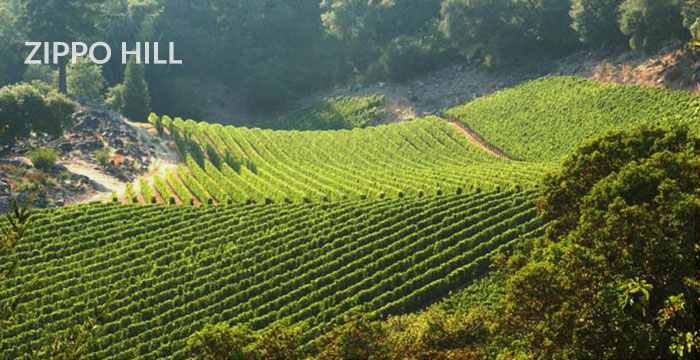 Located on 100 acres in the Stags Leap District of Napa, this growing vineyard has distinctive gravelly and clay loam soils that retain little water, thus gently stressing the grapevines and resulting in small berries and intensely-flavored fruit.

Stay connected with us through social networks!

What we are proud of

We have recently raised our crushing capacity to 14,000 tons annually, although the facility crushes only 7,000 tons in order to isolate and handle individual lots according to client needs. Our red-tank fermentation ranges in size from 8 to 70 tons in capacity, while white-tank fermentation ranges in size from 5 to 120 tons. A customized wine tracking system designed specifically for Turul Winery facilitates the complex production process. We have two separate bottling lines to permit the highest attention to detail in packaging. These wines are what our efforts are all about!

The combination of the elegant, butter-biscuit tones of unoaked Chardonnay with the richer, lightly-spiced fruit of Pinot Grigio results in a ripe, flavorful, dry white wine. Serve as aperitif or with meats, fish, or pasta, lightly chilled. Only 830 cases produced.

Brilliant red, our Desert Rose Rosé offers an impressive aroma of cherries, pomegranate, and watermelon for the palate: a crisp and refreshing wine with lively acidity and juicy flavors.

A beautiful, elegant, and light Sauvignon Blanc with a great balance of aromas and structure. Beautiful, refreshing minerality, fruit, and richness dominate the palate with wonderful undertones of sweet oak and dried pear. The mouthfeel is seamless and drawn out.

Dense with soft and silky tannins, a rich setting for the juicy fruit flavors of dark plum to mingle with notes of dark chocolate and vanilla oak. Delicious from beginning through middle to end!

Sourced from the cool growing regions of the southern Napa Valley, this medium-bodied, fruit- forward Chardonnay has bright flavors of lemon, apricot, and almonds, with delicate pineapple overtones.

Our Zinfandel is crafted to be food friendly, with a silky texture of blackberries, cherries, and cassis. Low tannin level. Will pair well with grilled meats.

The diversity of nature and the change of seasons inspire Turul Winery’s programs and events, ensuring that the winery is worth visiting again and again. 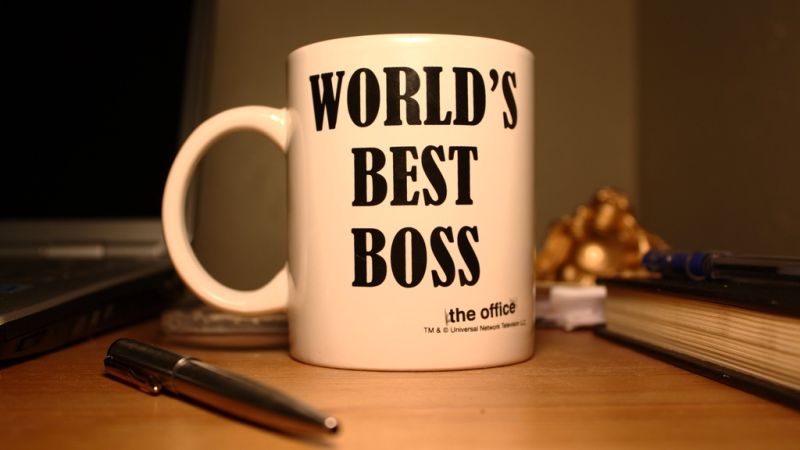 Bob Turul, owner of Turul Winery, has proudly announced the selection of a new General Manager for the Winery. Although the new GM does not have extensive experience in the wine industry, Bob strongly believes that the individual will successfully contribute to Turul’s goal of being the best place to visit and work in the Napa Valley, and of course, producing outstanding business results and earning nationwide recognition for excellence. 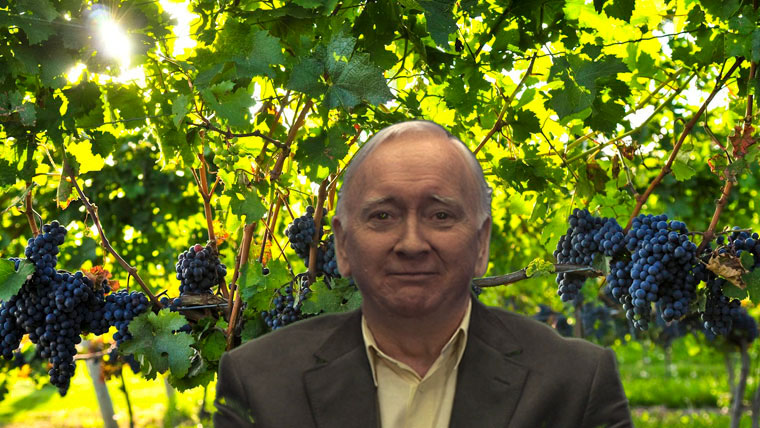 
In a Wine Times article, the owner and operations manager of Turul Winery talks about his world view, as well as the changes and challenges the Winery is facing.


15 For the full text of the interview, please click here.

The www.turulwinery.com is owned and operated by ALEAS Simulations, Inc.

“Turul Winery” is a fictional vineyard in California. This is where the “FLOW is Good Business” (FLIGBY) interactive movie takes place. The aim of this simulation-based approach is to test leadership skills and to provide unique Flow-based self-assessment opportunities.

Exploring the Impact of a Se...

Let me recommend to you the ...

HOW TO CONDUCT YOUR OWN ANNUAL REVIEW   Maybe you are like me a b... 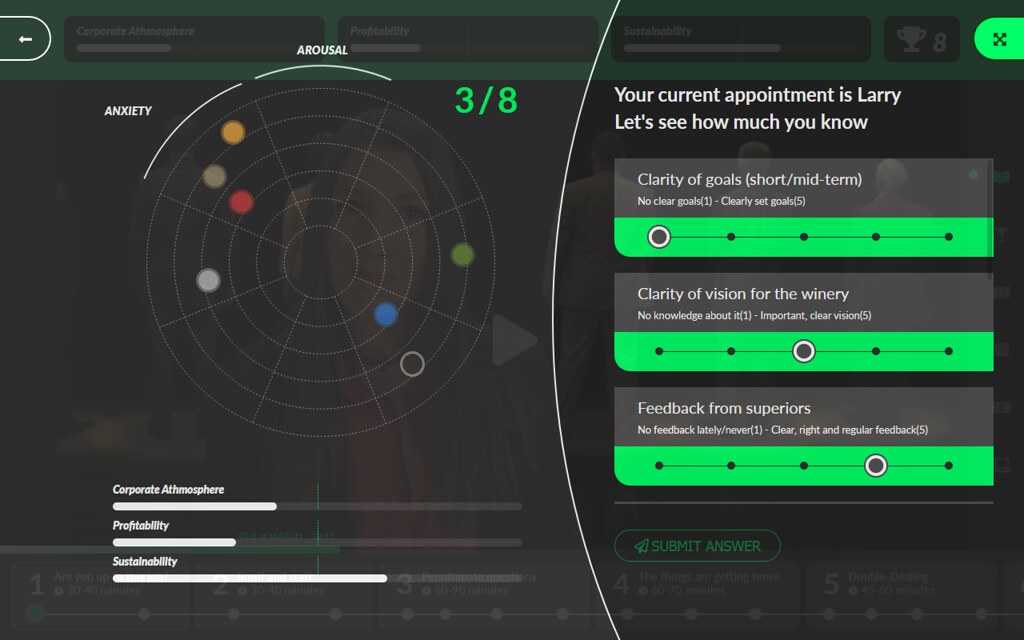 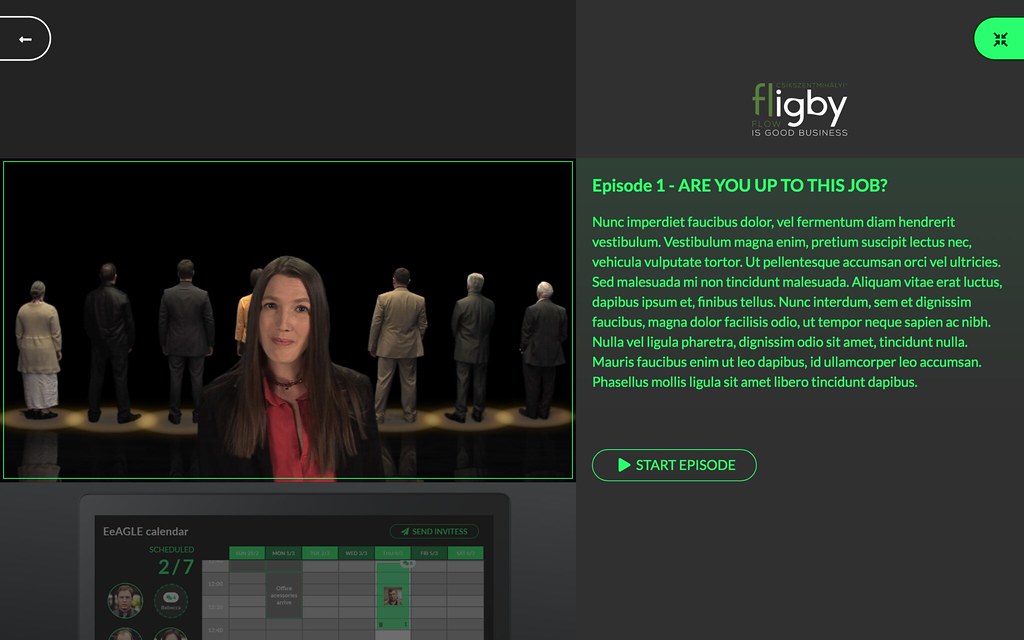 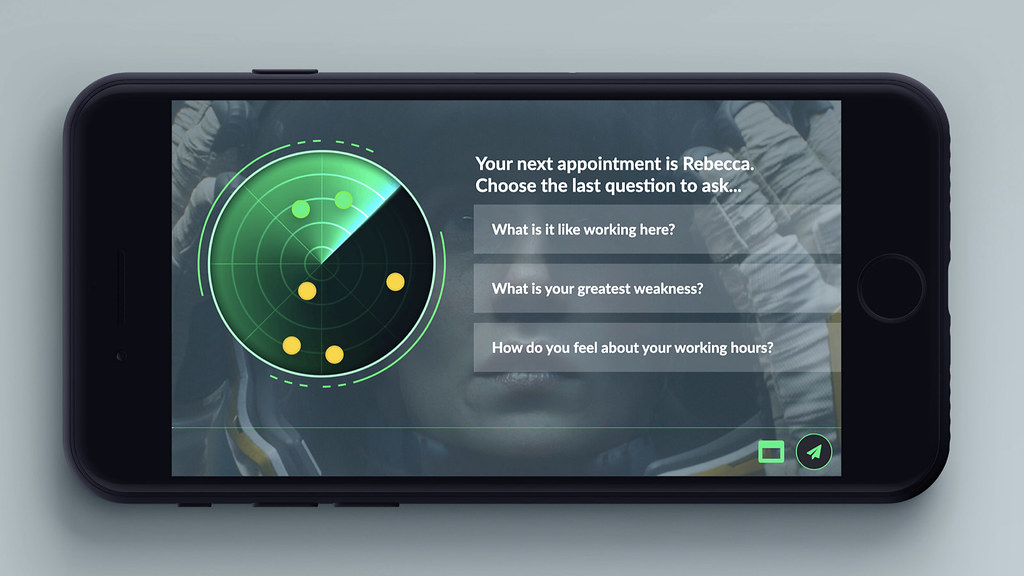 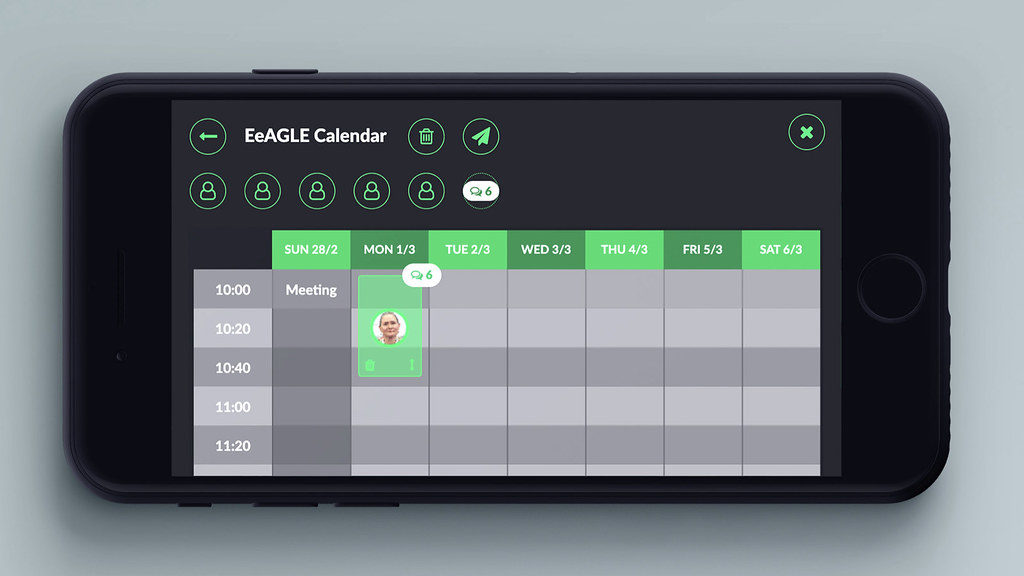 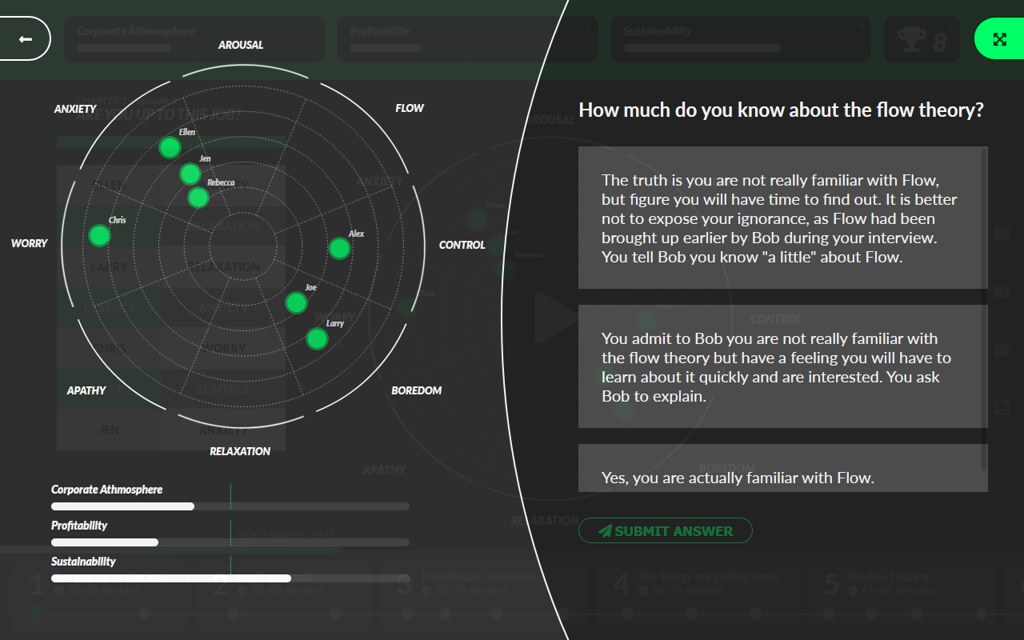 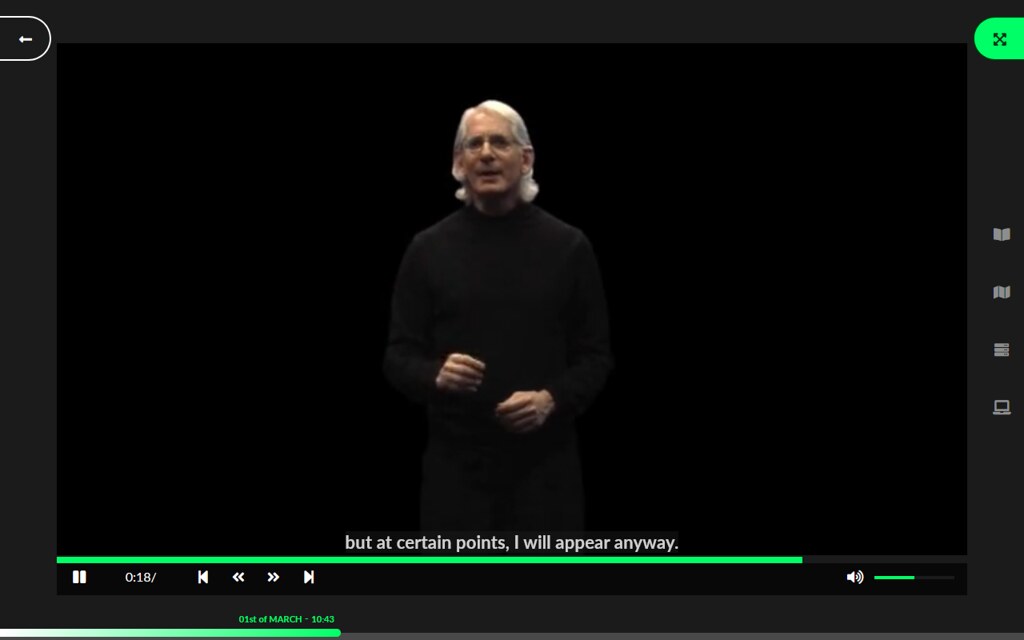 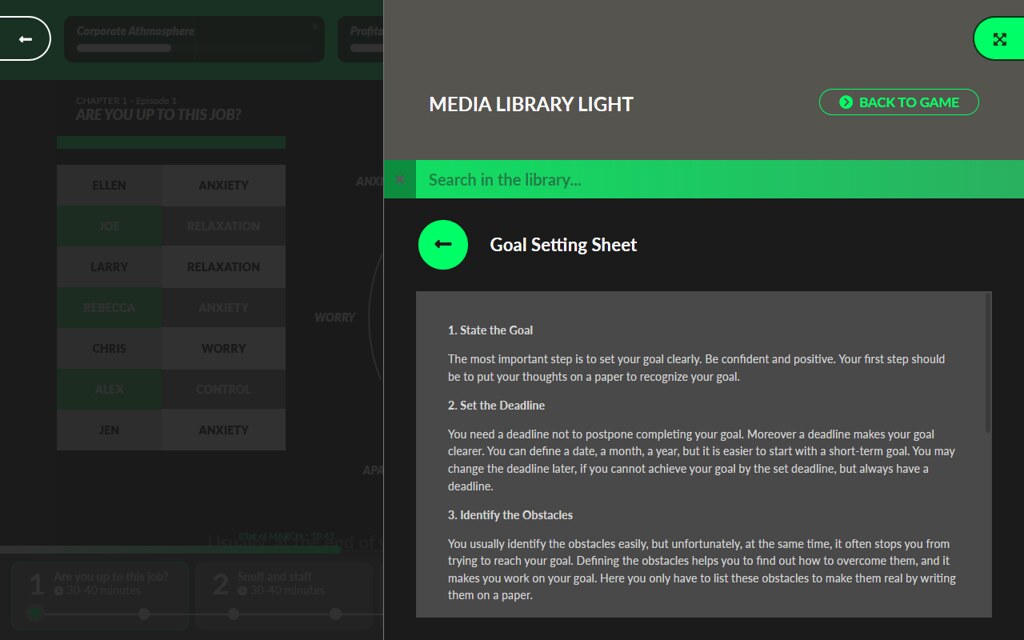 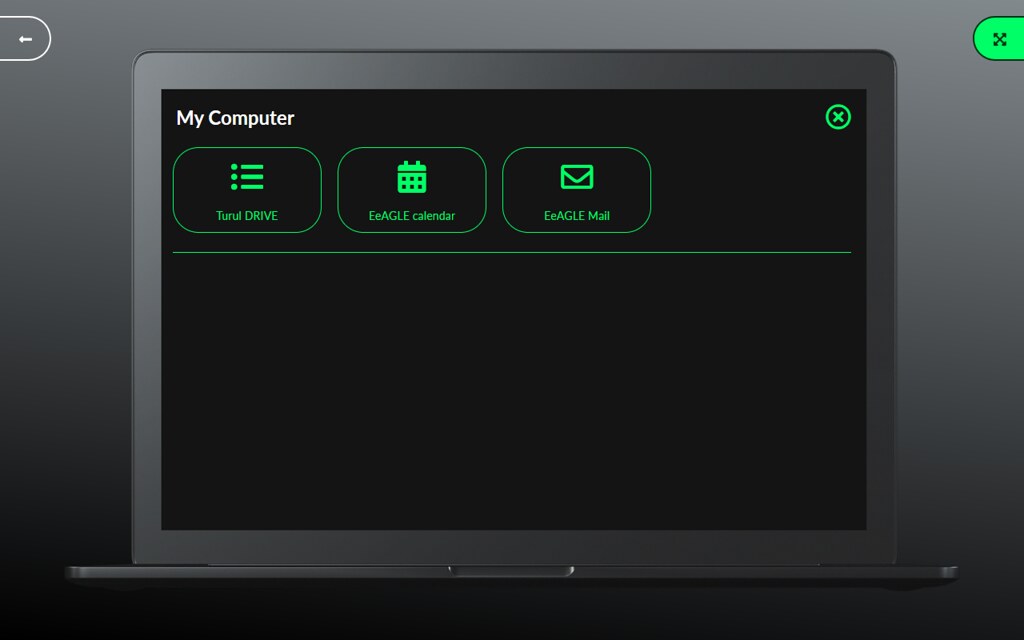 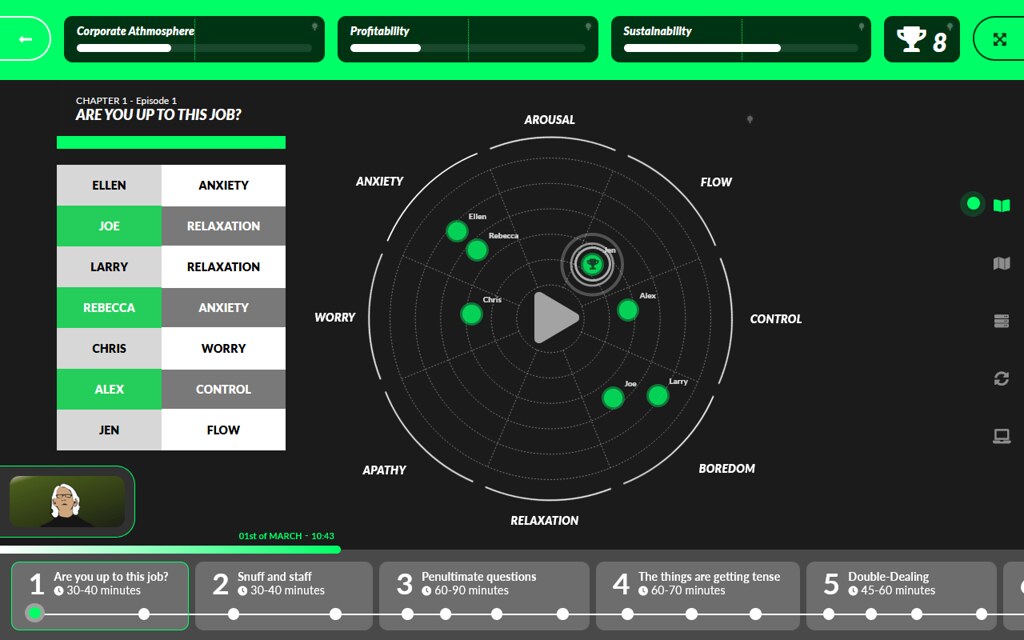 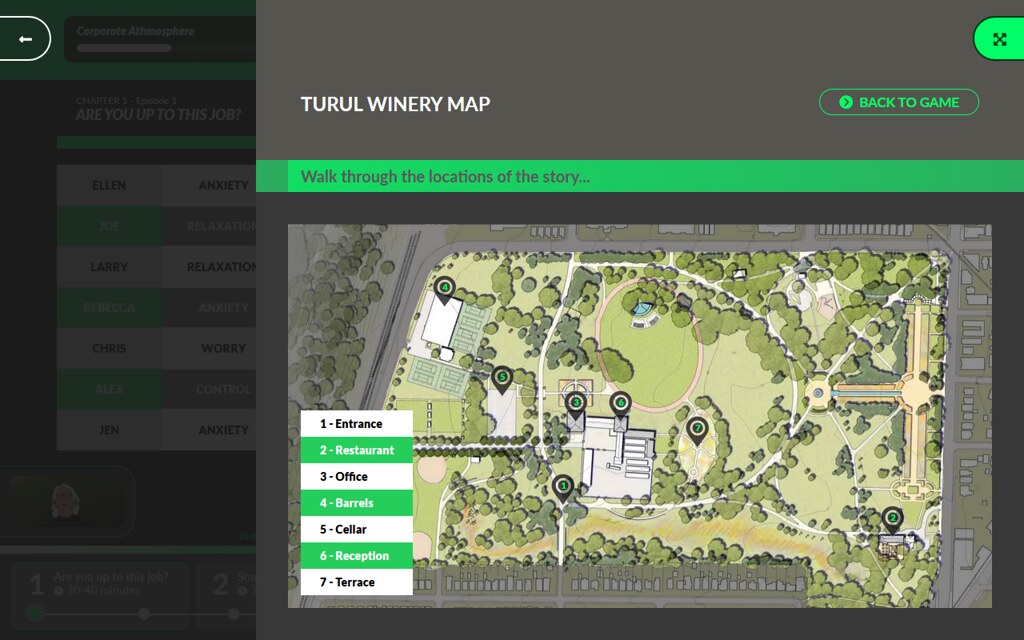 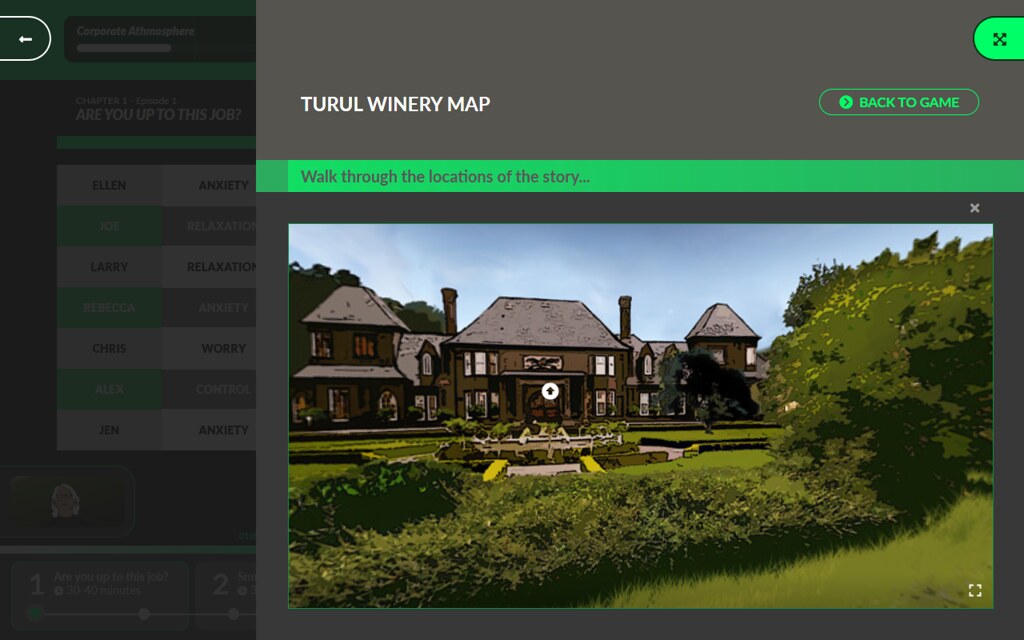 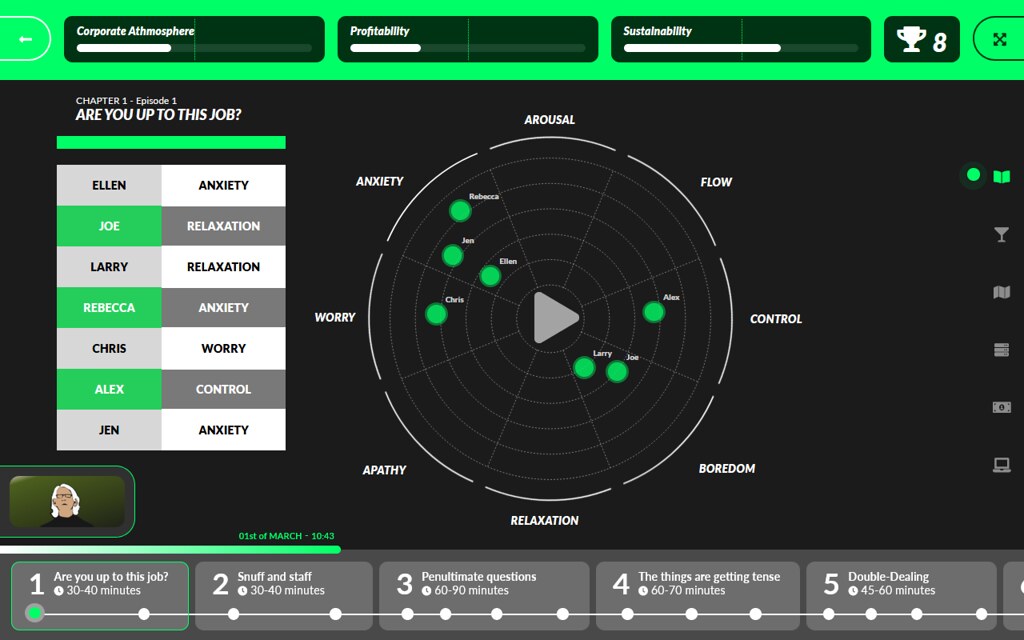 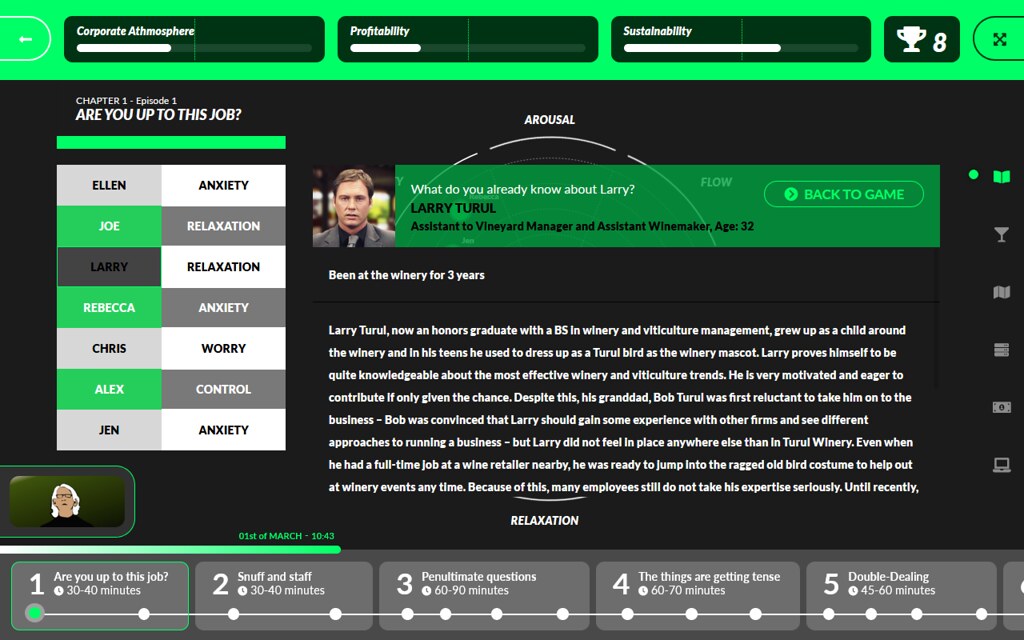 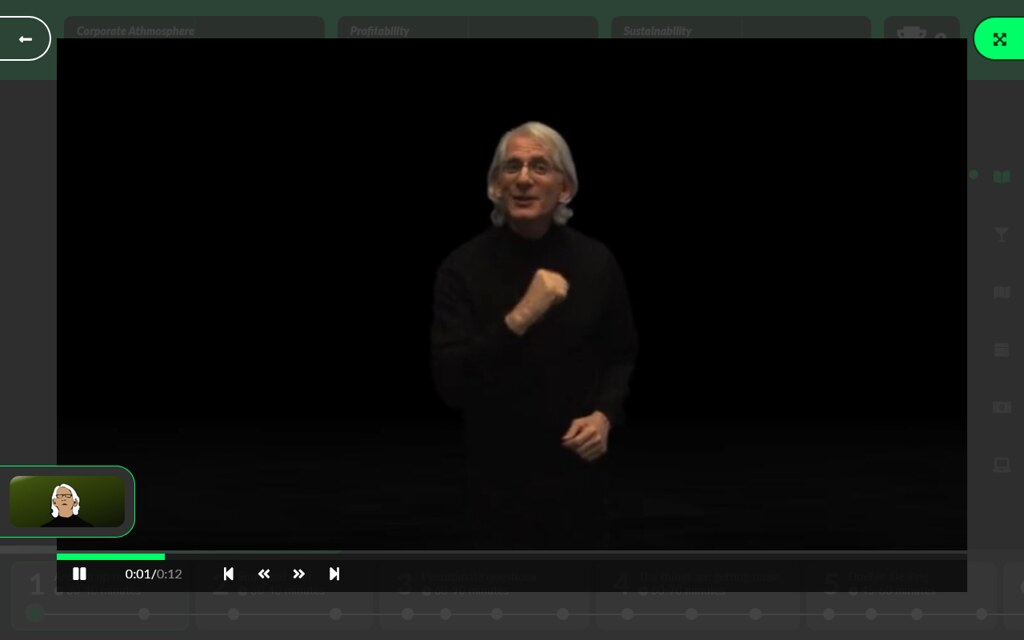 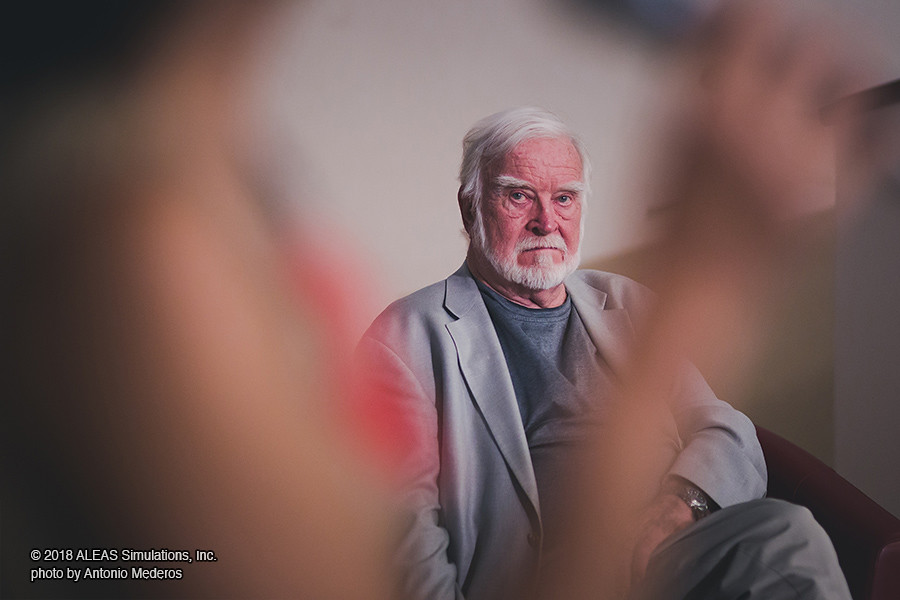 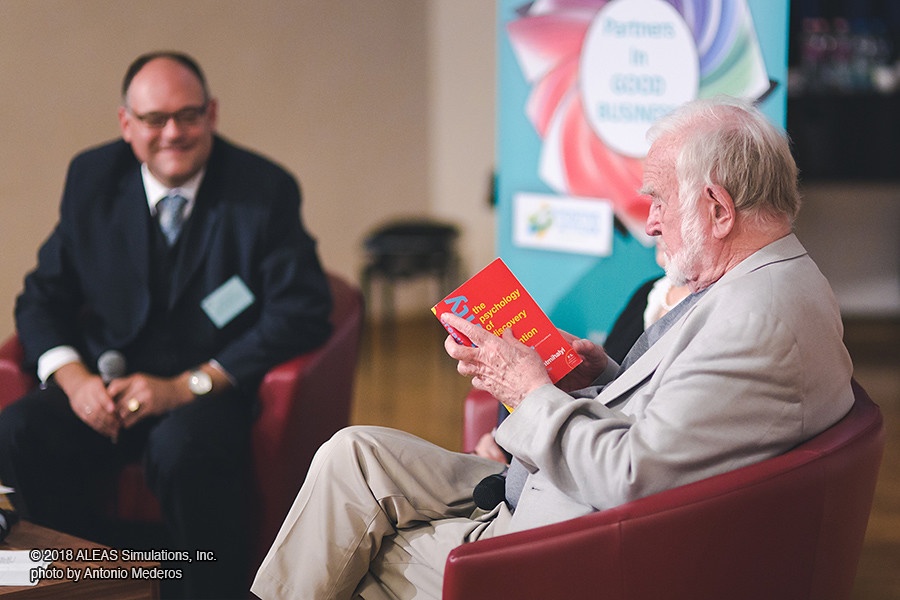